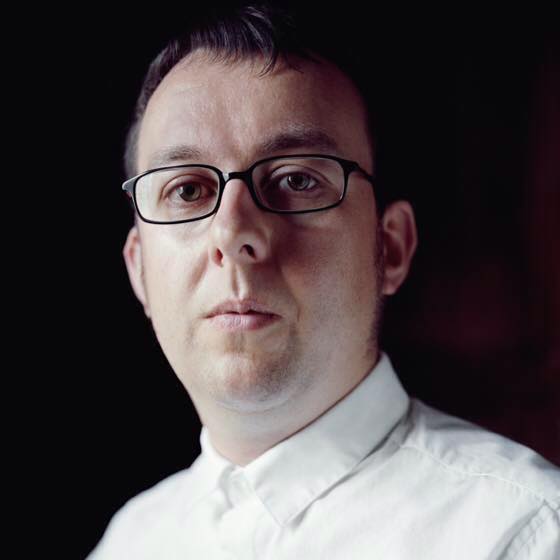 Michael Brown was born in Manchester in 1983. He completed Meet Me At The Harbour whilst staying in his favourite place in the world, Charlestown, Cornwall, and in lighthouses owned by Trinity House. He lives in Cambridge with his husband and their adopted son. Michael is currently working on his short novel on climate change The Cage. 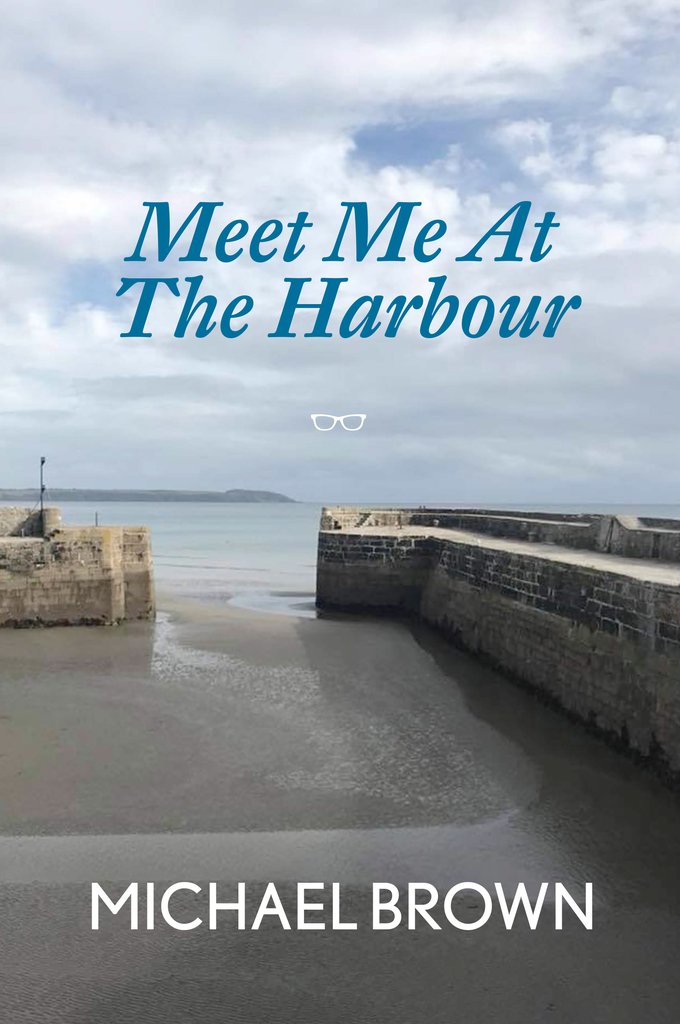 Meet Me At The Harbour

In his third collection of poetry, Michael Brown takes us on a journey around the British coast visiting harbours, lighthouses and beaches. These are remote rural places transformed at night-time, away from the tourist season, where the poet explores climate change, coastal life and an ever-changing environment. Having recently adopted his son, we find here verse that reflects on the adoption process, school protests and childhood memories. We also hear stories from Grenfell Tower, the Irish border and LGBT history month.

Reading Meet Me At The Harbour, we do just that, as the poet leads the reader through the sea’s and society’s myriad faces and spaces. These poems are brimming with razor-sharp observation about the state of our world, and yet also with the joy of living in it.

Get your copy of Meet Me At The Harbour 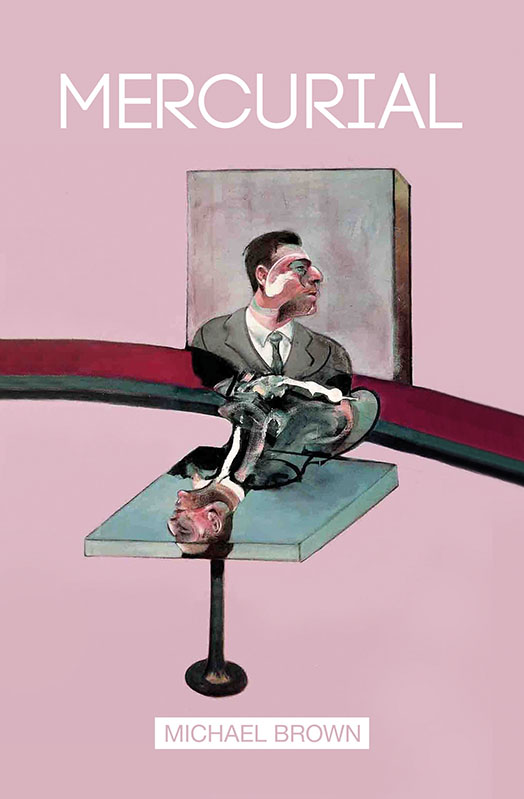 These poems celebrate Mercuralia, the major festival of the Roman God Mercury the patron God of eloquence (and thus poetry), communication and keeper of boundaries referring to his role as bridge between the upper and lower worlds, also the guide of souls to the Underworld.

In his third collection of poetry Michael Brown looks behind closed doors to reveal harsh truths, marvels at the savage beauty of the world and has disinhibited poetic conversations with Francis Bacon, Janet Frame, famous rent boys, psychiatric patients and dead poets.

Holland Park, Kensington
Sitting as summer sun finally rises to gently kiss our faces.
Opposite me on a bench, in shade, an elderly lady studies her smart phone through a large magnifying glass.
"Summer has started" I say.
"I'm busy on my phone" she replies.

Boxing with Bacon
Boxing with Bacon
He leads me up a staircase to a box room.
We watch the boxing match on TV.
The figure in the corner is boxing towards us, clenched
fists, full of rage.
Francis is painting him on canvas.
He has been painting on magazine cuttings all day it seems.
He asks me to read him William Blake and those Elliot
poems before the wasteland.
Conveniently on the last page of the book he has
written in pencil which poems he found moving.
My head is looking left, I wonder if he views me in
triptych, distorted face.
As the boxer crashes into the barrier I feel paint like
blood flicked onto my hands.
Enough to make a guy sweat. 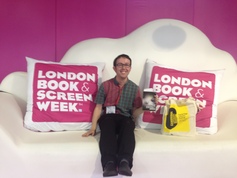 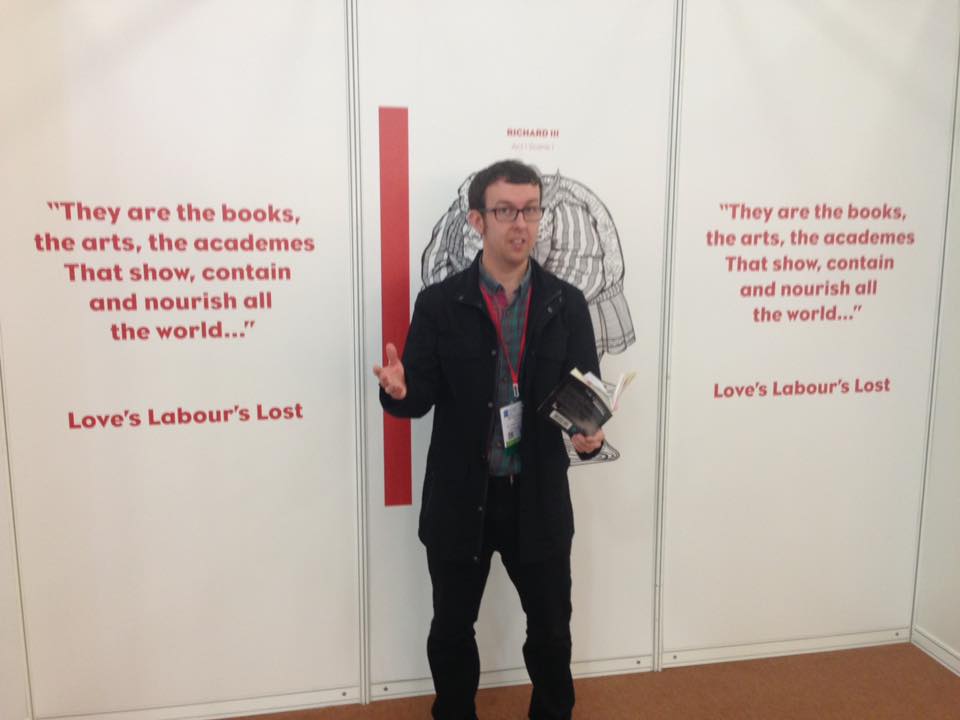 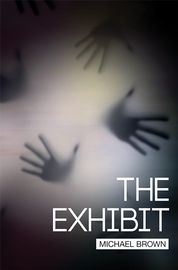 The Exhibit puts human emotions on display. It is a book between two cities – Cambridge and Manchester – with detours via wax museums and planetariums. It brings down the Berlin Wall and challenges censorship in Iran; reveals the love of gay marriage and has conversations with Alexander McQueen, Damien Hirst and Sylvia Plath.

This is an impressive collection by a young poet already known for his innovative, intense poetry that draws its energy from the light and dark of everyday life. Michael Brown’s poems seek to put our most intense feelings on display, sharing our common experiences and observing humanity standing on the outside looking in.

Michael Brown’s poetry is as full of queer spark and passion as he is... his words are heartfelt and full of raw honesty.

Michael's poems are short, powerful chunks of emotion. Some of them are hilarious, some of them are poignant and a lot of them are dark. The first half of the book especially is very dark (but interspersed with moments of light) and the poems get more hopeful and joyous towards the end.

Get your copy direct from the publishers.

The Exhibit is also available from the following retailers: 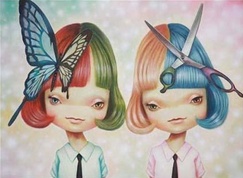 Cutting butterflies with scissors was Michael's first published book with support from Wilkinson House, London. Wilkinson House are a specialist publisher who promote LGBT writers. The book was launched at Manchester Pride August 2012 and was printed as a limited batch and is currently no longer in print.

divine poetry, “leaves behind” is superb

the book is great, cool title 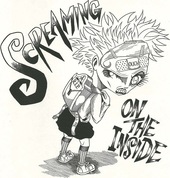 Allergic was the first collection of poetry from Poet Brownie. This was a self published pamphlet which was distributed at events and festivals where he performed. Original artwork by Tommy Kovac (Slave Labour graphics) was used for the cover.

To book Poet Brownie for performances, to host your event, to run a creative writing workshop, book signing, to read from The Exhibit (including book signing and Q&A), education events, festivals, to write a bespoke poem and other creative services.